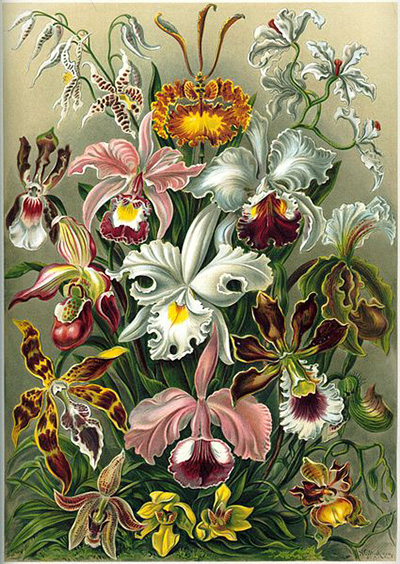 Historical documents indicate that Testiculus morinis might have been useful in treating certain cases of infertility.[2]

According to Historical record, the Ancient Romans considered Male Satyrion to have aphrodisiac properties. [3]

As written by Paracelsus, the German-Swiss Renaissance physician, botanist, alchemist, astrologer and occultist, "Behold the Satyrion root, is it not formed like the male privy parts? Accordingly magic discovered it and revealed that it can restore a man's virility and passion."[4]

In traditional Turkish cuisine, a flour made from the root of Orchis mascula is used in beverages and desserts. This flour (called "Salep") contains glucomannan, a starchy polysaccharide reported to have nutritional benefits. [4]

Glucomannan is a common ingredient in products marketed as nutritional supplements to treat various ailments including constipation, high cholesterol, obesity, acne, type-2 diabetes. Despite their reported health benefits, such products have not been investigated by the Food and Drug Administration regarding their safety or effectiveness in treating the aforementioned conditions. In Canada, Certain products containing glucomannan have been approved to treat obesity, constipation, and high cholesterol.[5]

Elizabeth Blackwell's "A Curious Herbal" (1751): 1. This Orchis, which is the common Satyrion of the shops, grows to be a foot high; the leaves are a bright green, spotted with black, and the flowers, which grow on a brownish stalk, are a red purple. 2. It grows in moist meadows, and flowers in April and May. 3. The roots are accounted a Stimulus to Venery, strengthening the Genital Partys and helping Conception; and for these Purposes are a chief ingredient in the Electuarium Diasatyrium.
Outwardly they are applied in form of a cataplasm, and are esteemed good to dissolve hard Tumours and Swellings.
The officinal preparation is the Electuarium Diasatyrium.
Dioscorides says, that the roots of the female Satryion eat by Women, makes them conceive girls.

Robert James' "Pharmacopoeia Universalis: or, A New Universal English Dispensatory" (1747): Satyrium mas Offic. Orchis moriomas, foliis maculatis C.B.P. Cynoforchis morio mas Ger. Emac. Male Satyrion. It grows in Meadows and Thickets flowering in May. The Root is used which is heating and moistening and of a sweet Taste. Its principal Use is in restoring manly Vigour; it is believed also to strengthen the Uterus and dispose to Conception. 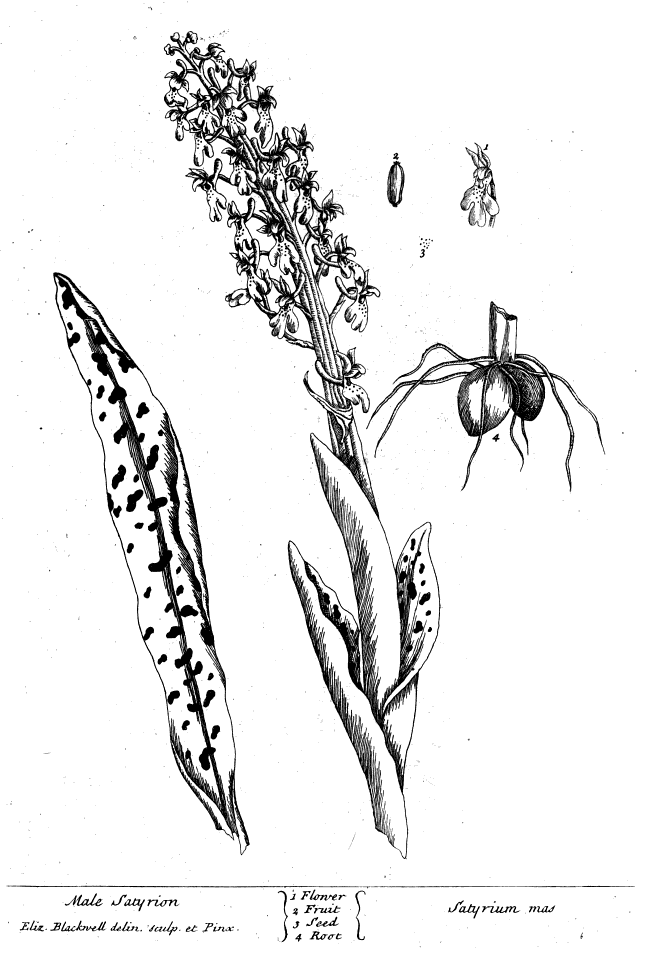 Other names for Male Satyrion, Past or Present