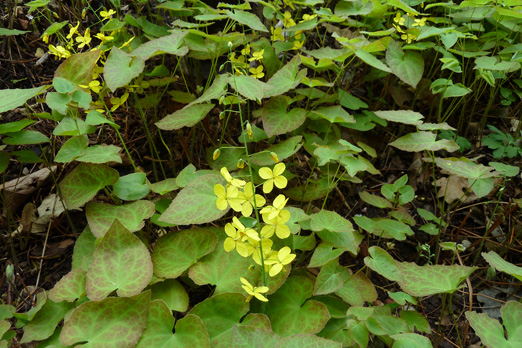 Horny goat weed is, as the name suggests, a weed that is thought to enhance sexual function. Long known in China and some parts of Asia as a medicinal plant, its reputation as an aphrodisiac herb has been established since ancient times. Traditionally ascribed by Chinese herbalists for the treatment of frigidity, it is now commonly taken as a food supplement or alternative drug to enhance sexual vigour and improve male potency. This medical action is caused due to the chemical compound icariin, which is thought to function in much the same way as Viagra, only without a majority of its unsavoury side-effects. [2]