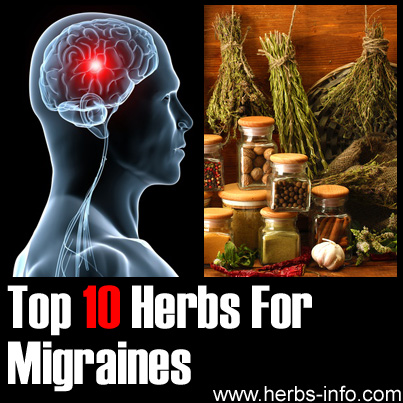 For someone who has not experienced severe migraines, it's easy to dismiss migraines as "ordinary headaches". Far from it though, as migraines are also often accompanied by symptoms like throbbing pain, light and sound sensitivity, or even nausea and vomiting. The American Academy of Neurology further states that as simple as bright lights, coffee, cigarettes, alcohol, reaction to certain foods or even medications can trigger migraine attacks. [1]

From the data gathered by the National Institute of Neurological Disorders, over 30 million Americans suffering from migraine use prescription drugs 2.5 times more than non-sufferers just to seek relief. Yet despite medications, sufferers still find it difficult to function normally amid migraine attacks. [1] And even if there are extensive pharmaceutical agents for migraines, many are unable to tolerate their side effects, do not respond adequately or eventually lose their effectiveness. [2] There are great financial obstacles to obtaining absolute scientific "proof" of the effectiveness of herbs - however below are 10 herbal remedies for migraines that have found support from scientific studies:

Although traditionally used a "fever reducer" from where it got its unique name, feverfew is now one of the most popular migraine herbal remedies. [3] Its leaves and flowers contain the active ingredient parthenolide which inhibits brain chemicals that cause blood vessels to dilate. [1] Evidence suggesting feverfew's value in reducing frequency and severity of migraine attacks are not few. In one study, subjects who stopped taking feverfew and received a placebo instead noticed a significant increase in number and severity of headaches, nausea and vomiting. In another larger study, feverfew was shown to decrease headaches by 24%. [3]

Together with feverfew, butterbur has recently gained much attention in blind trials confirming its ability to prevent and reduce migraines. Its antispasmodic and anti-inflammatory properties [1] were first tested only in 2004 when 245 participants found relief from migraine symptoms using butterbur extracts. Attack reduction of 58% was also noted as opposed to just 28% from the placebo group. This also prompted further studies to be conducted among children and adolescents where in one experiment, 82% of patients reported substantial improvements in their migraines after being administered butterbur. [3]

For centuries, peppermint and its active ingredient, menthol have been used to alleviate pain including headaches. One 2010 investigative study demonstrated how application of menthol 10% solution is statistically superior to a placebo and can serve as an effective, safe and tolerable therapeutic alternative for migraine treatment. [4] As an essential oil, peppermint is also helpful for headaches due to its aroma and cooling properties. [5]

Because of the ability of ginko leaf to boost oxygen and blood flow to the brain, it has been found not just to improve cognitive functioning but to relieve headaches as well. [5] Moreover, the natural anti-platelet activating factor of Ginkolide B, an herbal extract from Ginko Biloba has shown promise in preventing inflammation causing migraines among children who also are prone to frequent primary headaches and migraines. Aside from reducing migraine frequency, Ginkolide B has been found to decrease the need for symptomatic medication on children. [6]

To lessen migraine symptoms, experts believe that cayenne, through its potent ingredient capsaicin, can provide some relief by masking the pain of headache or increasing your pain threshold. Over the years, doctors have discovered cayenne's value in treating chronic headaches, making it a typical component present in nasal sprays. [5]

When taken as tea, lemon balm is thought to be effective in dealing with migraines. As a vasolidator, it widens blood vessels, thus possibly helping to relieve migraine headaches. In the past, lemon balm, along with cinnamon, nutmeg and other fragrant herbs, was one of the major constituents of Carmelite Water - an alcoholic extract first formulated in the 14th century and used to treat neuralgia and headaches. [7]

Originating from Asia and Europe, valerian has emerged as one of the most promising herbs that cure a wide range of health illness including insomnia, gas, anxiety, digestive problems, chest pain, and congestive heart failure. Valerian does not necessarily help in treating migraine but it helps in warding off anxiety which is considered as one of the major factors that may cause migraine. Valerian also contains sedative effects that help bring good quality of sleep to the sufferer. [8]

A well known herb in aromatherapy, rosemary may be of benefit in the treatment of headaches. Rosemary essential oil is mixed with lavender, eucalyptus and peppermint to make a natural treatment for migraines. A wonderful brain and nerve tonic, oils from rosemary are thought to help in enhancing circulation as well as in relieving headaches. [9]

For thousands of years, willow bark has been used in the treatment of inflammatory and pain conditions, as well as headaches. According to a study conducted at the University of Maryland Medical Center, the bark contains salicin, a potent compound which resembles the function of aspirin. This compound is considered to be responsible for the anti-inflammatory and pain-relieving properties of willow bark. [11]

The roots of this spice are thought to be one of the most effective natural treatments for migraines and headaches. According to research, ginger contains highly potent compounds that help relieve swelling, pain and tension which normally cause headaches.

Furthermore, the herb contains anti-inflammatory properties that inhibit the activities of prostaglandins which play vital roles in the occurrence of headaches. Prostaglandins are chemicals that cause pain and trigger the inflammation of blood vessels in the brain. The oils extracted from ginger are also thought to be effective as pain relievers. Also, ginger helps in eliminating nausea and vomiting which can come with migraines. [12]

[2] Herbs and nutrients in the treatment of depression, anxiety, insomnia, migraine, and obesity. http://www.ncbi.nlm.nih.gov/pubmed/15990509

[4] Cutaneous application of menthol 10% solution as an abortive treatment of migraine without aura: a randomised, double-blind, placebo-controlled, crossed-over study. http://www.ncbi.nlm.nih.gov/pubmed/20456191