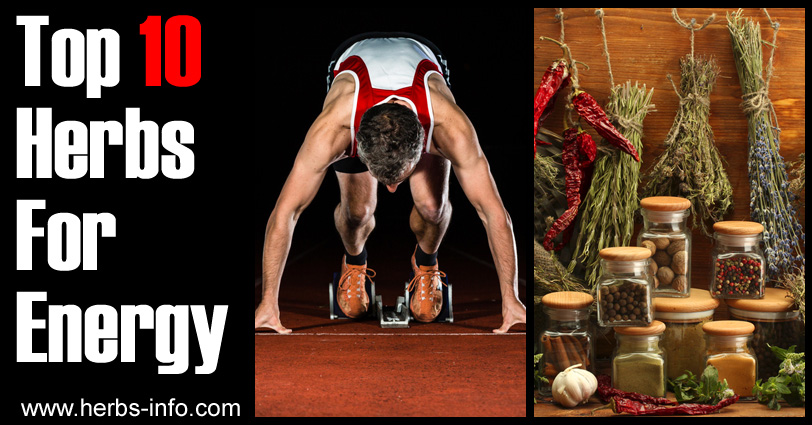 Feeling your energy quickly being drained even before the day ends? Perhaps you, like many others, need energy boosting solutions. But rather than resorting to energy drinks or even drugs, you can resort to healthier solutions like herbal remedies. Besides, most of the energy boosters sold in the market today are based on existing botanical remedies. [1]

Kicking your energy with coffee tends to strain your brain's adrenal cortex by causing it to work harder than normal to boost energy - and we all know about the "crash" effect afterwards. [2] A 2010 study has also found caffeine-based energy drinks to be typically loaded with sugar and carbohydrates and are even erroneously marketed as reversing alcohol related impairments such as motor coordination and visual reaction time, providing consumers a false sense of control. [3][4]

Whether to boost your immune system and fight infection or improve mental alertness and cognitive performance or fight signs of ageing and even depression, herbs are reported to be a natural source for restoring your energy.

Ginseng is a well known energy booster. This herb's Latin name, Panax which means "all-heal" speaks of the natural belief that ginseng could provide an all around remedy for just about any ailment including reducing stress, improving immune system and promoting youthfulness. These are all needed so you can draw more energy from your body for other activities than having it fight infections. [1] Scientists have long found ginseng to be an adaptogen which means unlike caffeine-rich beverages, ginseng actually nourishes rather than strains the adrenal cortex to allow it to produce energy the way your body is naturally designed to do so. [2] A study in 2002 found ginseng to be helpful for increasing libido and sexual performance due to ginsenosides chemicals it contains. [1]

Like ginseng, green tea is known for its many beneficial effects. Recent studies show that apart from being anti-cancer and helping you slim down, the antioxidants in green tea also prevent premature ageing to leave you with more energy. Like coffee, it may contain caffeine but unlike coffee, has potent anti-bacterial properties that combat infection. [1] Also, if you take matcha, you benefit further from the nutritional content of the "solids" in the tea leaves.

Another "G" that is not only easily accessible but also hailed by herbalists as by far the most effective antibacterial plant to support the immune. [4] In a mouse model study, garlic consumption was shown to have positive effects on red blood cells which stimulate CO production, a compound said to be behind garlic's many physiological effects including being pro-circulatory, neuro-protective and anti-inflammatory. [5]

Research shows that dried leaves of gotu kola are a rich source of vitamins and minerals that stimulate the circulatory system. This enhanced blood circulation has been found in clinical trials to improve functioning - from the brain to delay mental degeneration, improve memory and learning abilities—down to the functioning of the legs. [1]

Like gotu kola, ginko is an effective memory and energy aid that improves mental clarity due to increased blood and oxygen flow to the brain. [1]A neurobiology lab in Switzerland has discovered that ginko extracts boost mitochondrial activities within the brain and reduce oxidative stress levels which can slow the onset of Alzheimer's disease. [6]

This herb is also known to boost one’s energy level, endurance and stamina. Studies show that it works by regulating the production of hormones from the adrenal glands. These hormones are said to be associated with some chemical, emotional and physically-induced stress. As you may have already known, stress is a crucial factor that triggers issues on endurance, stamina and fatigue. [7]

Chocolate is said to be a good energy booster. But do you know what makes chocolates effective in boosting one’s energy level? It’s the cocoa content, which is derived from the cacao bean. Cacao actually contains the compound theobromine, that stimulates the central nervous system of the body. This stimulant creates an energy and clarity boost which is smoother than that of caffeine. [8]

If you are feeling low and less energized during the day, then rhodiola can be of great help to you. Known as an excellent remedy for stress, rhodiola is believed to be effective in strengthening the body, and make it more resilient to physical and emotional challenges that lie ahead. In addition to its ability to improve exercise performance, rhodiola is also claimed to be effective in increasing one’s capacity for different types of endurance exercise.

One study showed that rhodiola works by increasing the oxygen-carrying capacity of the red blood cell, which results in improved energy level, stamina and vitality especially in times of stress. Research revealed that this herb offers additional protection to the central nervous system of the body against oxidative stress. Furthermore, rhodiola is thought to help in relieving anxiety, improving sleep quality and quantity as well as in lifting depressed mood. [9] It is also thought by some to be aphrodisiac.

This is becoming one of the most popular energy-boosting herbs available today. Along with ginseng, reishi mushroom and astralagus, ashwagandha is one of the herbs that promise to increase the body's endurance, vitality, stamina and energy. Better known in the Orient but becoming popular in the West, ashwagandha is also considered effective in promoting longevity as well as in strengthening the body’s immune system. [10]

As always, this article is not medical advice. If you are on medications or have other health concerns, please consult a qualified health professional before starting a course of herbal treatment.