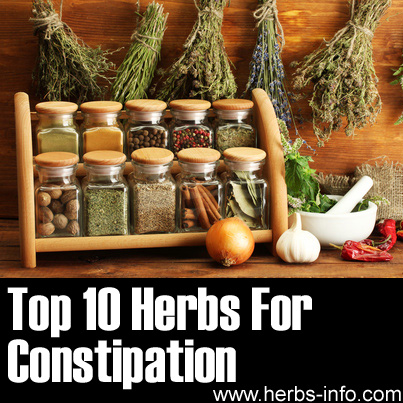 One of the most uncomfortable experiences to live with is constipation. While constipation is not a disease in itself, it is nevertheless a symptom that indicates a dysfunctional colon or a possible gastrointestinal disorder. [1] About 12% of people all over the world experience self-defined constipation at some point in their lives, with women three times more likely to suffer from it than men. [2]

2 types of constipation exist: organic and functional, the latter being the more common one. Organic is due to a physical change or obstruction along your colon. Functional meanwhile results from an improper diet, inadequacy of fluids and even poor emotional health that prompts food to move too slowly along your GI tract. [1] Many medications like painkillers, antidepressants, blood pressure medications, iron and calcium supplements can actually trigger or aggravate constipation which is why, the usual remedy of using pharmaceutical laxative may also pose adverse side effects, harm your colon and even worsen the problem. [3]

Although some clinical trials on herbal muscle relaxants are in their preliminary phase especially when it comes to the use of aromatherapy, [2] and although these should not serve to replace appropriate medical care, it cannot be ignored that such natural herbal solutions have always been a complementary therapy for managing pain and promoting muscle relaxation.

Hence, like with many other irritating health conditions, herbal remedies, which may prove more gentle, are available to provide relief from constipation - such as these:

While often used to combat insomnia, [3] research shows that the roots of valerian are also one of the most effective herbal muscle relaxers to reduce inflammation and ease pain. [4] Pain may include muscle cramps which can be alleviated by the antispasmodic properties of valerian. [1] In 2012, scientists explored the effectiveness of valerian acupressure (a combination of valerian aromatherapy and acupressure) on the sleep of patients in the intensive care unit. Results showed that the 41 subjects who received valerian acupressure experienced increased sleeping hours and decreased wake frequency compared to the control group. [5]

Together with passionflower, kava promotes muscular health [3] and pain relief. [4] Furthermore, kava is shown to reduce symptoms of anxiety. In investigating the effectiveness of 108 possible treatments for anxiety disorder, researchers in Australia found that kava had the best evidence of effectiveness for generalized anxiety. [6]

Experts believe that licorice works to decrease muscular inflammation and pain in a similar way as pharmaceutical steroids. [4] Laboratory tests that isolated a flavonoid from licorice roots known as isoliquiritigenin showed it to have tracheal relaxation effects on guinea-pig tracheal smooth muscle as a result of multiple intracellular actions. [7]

Another popular herbal muscle relaxer well loved for its ability to calm the nerves. Because of this, research confirms that chamomile is also effective to alleviate muscle spasms and tension which tend to worsen when one is stressed or anxious. [4]

In a much recent study, 4 purified constituents of ginger were analyzed for their relaxant properties in both guinea pigs and human tracheas. Like licorice, ginger was found to cause significant and rapid relaxation in airway smooth muscles. This poses benefits for sufferers of asthma who experience airway hyperresponsiveness and inflammation. [8] Another way ginger can be used as a muscle relaxant is through ginger bath which can relieve arthritic-related pain. [1]

Widely used as food seasoning, fenugreek is a potent herb known for its laxative properties which make it an effective natural solution for upset stomach and constipation. [9] Fenugreek contains large amounts of soluble fiber that absorbs water in the intestines. This results to bulking up of waste and expansion. Eventually, this creates pressure in the intestines which triggers contractions. As a result, stools move through the intestines easily and bowel movement improves. [10]

Also considered as one of the best bulk laxatives, flaxseed is an herb that is getting a great deal of attention because of its ability to relieve constipation. This herb contains fiber that helps in bulking up waste and triggers easier excretion. To relieve constipation, taking at least 1-3 teaspoons of flaxseed everyday for a maximum of three times can significantly help. [11]

Though there are limited studies pertaining to the effectiveness of flaxseed in treating constipation, results of some studies were really promising. One study showed that regular intake of flaxseed for a period of three months resulted to a significant reduction in pain, bloating and constipation as compared to continued to intake of psyllium. [12] Continued use of flaxseed for six months yield better results.

Due to its high fiber content, psyllium becomes one of the most natural home remedies for constipation. In fact, it is one of the most common ingredients of many laxative products found on the market today. Seeds of psyllium are excellent sources of natural water soluble fiber which make it a very effective treatment for constipation. The National Institutes of Health claims that daily intake of 20 to 35 grams of psyllium significantly helps in combating constipation. When taken, psyllium helps in relieving obstruction in the intestines and esophagus. [13]

This herb is a bulb laxative which is normally found in drugs like Metamucil. When psyllium seeds are taken with a glass of water, it results to easier passage of stools and lubrication of bowels. In Germany, people take at least 3-10 teaspoons of psyllium everyday to relieve chronic constipation. [14]

Also considered as a mild laxative, this potent herb works best on large intestines. This herb is very beneficial to those suffering from chronic constipation and elderly who suffer from such condition. [16] Cascara sagrada is actually one of the major ingredients of many over the counter laxatives available in the market today.

Commonly known as buckthorn, Cascara Sagrada is widely used to treat chronic constipation. The bark of the cascara sagrada contains anthraquinone chemicals that require a year to break down. Cascarosides A and B, the anthraquinone compounds found in the bark, are converted into substances that interact with intestine-living bacteria which stimulate bowel movements and allow stools to pass through easily. [17]

[2] Use of aromatherapy as a complementary treatment for chronic pain. http://www.ncbi.nlm.nih.gov/pubmed/10484830

[5] The effectiveness of valerian acupressure on the sleep of ICU patients: a randomized clinical trial. http://www.ncbi.nlm.nih.gov/pubmed/22391336

[6] Effectiveness of complementary and self-help treatments for anxiety disorders. http://www.ncbi.nlm.nih.gov/pubmed/15462640

[7] Isoliquiritigenin, a flavonoid from licorice, relaxes guinea-pig tracheal smooth muscle in vitro and in vivo: role of cGMP/PKG pathway. http://www.ncbi.nlm.nih.gov/pubmed/18462716

[8] Effects of ginger and its constituents on airway smooth muscle relaxation and calcium regulation. http://www.ncbi.nlm.nih.gov/pubmed/23065130