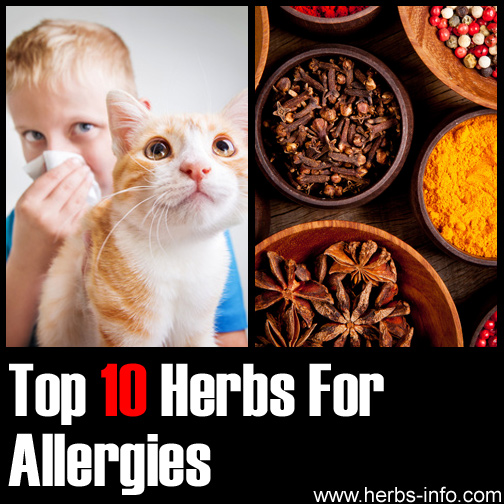 If you suffer from an allergic reaction, perhaps a challenge you often face when it comes to finding the most ideal solution is that treatment may cause further adverse reaction and instead, perpetuate the allergy. This wariness is certainly not unfounded, as some studies have suggested. [1]

Allergies may be seasonal like hay fever which can be caused by the immune system's overreaction to an otherwise harmless substance like pollen. [2] This form of allergy is usually accompanied by sneezing, watery and itchy eyes, nasal discharge and perhaps breathing difficulty. [3] Others like allergic asthma can come from more varied origins like genetic, infectious and nutritional factors. This type of allergy continues to be on the rise despite modern pharmacological treatments for it. [4] Still, other allergies may solely come from food sources and may cause skin irritation.

Most allergic sufferers resort to antihistamines as a remedy. The problem with these drugs however is that they are also carried to the brain, causing drowsiness and sleepiness. On the other hand, doctors have found that herbal remedies do not necessarily have this side-effect because the mechanisms involved are different from those of medications; herbs have been shown to protect cells from histamines rather than block them as drugs do. [1]

Here are 10 such herbal remedies that have been reported to bring natural relief from allergy:

Leaves from this plant remain one of the top choices for alleviating the onset of allergic symptoms. They are rich in carotene, vitamin K and quercetin [2] and can be taken in tea or capsule form. [3] From a 2003 human trial, more than half of the participants confirmed the efficacy of freeze-dried nettle formulations against their allergies while close to half stated this herb worked at par or even better than their usual medications. [1]

In 2010, a study in Korea demonstrated the effects of licoachalcone, a constituent of licorice, as having antitumor, antimicrobial and anti-inflammatory effects. It inhibits cellular activities that promote allergic reaction and has been found to have therapeutic potentials to decrease skin inflammation. [5] Researchers have found that the reduced inflammation is due to licorice's ability to enhance cortisol levels or to enable this hormone to last longer without any adverse side effects. [3]

Perhaps one of the safest and most accessible methods to prevent or relieve allergy is by taking raw garlic. Like stinging nettle, it contains quercetin which research shows, has anti-inflammatory characteristics [1] and serves as a mast cell stabilizer to keep cells away from histamine-causing inflammation. [2]

Well, this is technically not an herb in itself but it is a plant-based remedy as it is a natural enzyme that is extracted from the stems of pineapples. [6] Some studies show that bromelain can help reduce nasal swelling and mucus production to make breathing easier such as during sinus infections. [2] Accordingly, a 2012 experiment on mice revealed bromelain's significant anti-inflammatory activities along the lungs, confirming its therapeutic value for allergic asthma sufferers. [4]

Some medical experts hail butterbur as having the most promising results among all herbal supplements to prevent air passageway swelling because of its leukotrine inhibiting effects. Other findings show that extracts of this herb's roots are equally potent as prescriptive drugs like Zyrtec and Allegra but without causing drowsiness. [2]

(aka. bala, country mallow, heart-leaf sida or flannel weed)... native to India, Sida cordifolia is reported to have anti-inflammatory and decongestant effects and has traditional use in asthma, bronchitis and nasal decongestion. [7] It is contraindicated in individuals with a history of heart disease as it can raise blood pressure and heart rate. [8]

Extensive studies had been conducted to determine the effects of using pollen extract from phleum pretense in dealing with various allergy symptoms. Majority of the results showed that the extract has the ability to eliminate symptoms like eye irritation and fever in people suffering from allergies. [10]

When put under the tongue, phleum pretense is believed to be effective in relieving the symptoms of grass pollen allergies or hay fever. When injected into the skin, this herb can eliminate the symptoms of hay fever and some seasonal allergies. Some researches even believe that administration or using this herb for 3 years to children can significantly reduce their susceptibility to asthma. [11]

Widely used in India as treatment for various health conditions, results of initial studies show that Tinospora cordifolio has the potential in the treatment and management of allergy symptoms. Results showed that intake of Tinospora cordifolio tablet can help in eliminating nasal discharge, itching and sneezing which are considered as one of the most common symptoms of allergy. [12]

One study involving 75 patients diagnosed with hay fever or allergenic rhinitis were given with tinospora cordifolia to test the claims on the healing capacity of tinospora cordifolia. Based on the results of the study, it was found out there has been a significant statistical reduction in the symptoms experienced by the patients. [13]

Best known for its cardiovascular benefits, intake of ginkgo biloba has also shown to be important in managing asthma and allergy. Aside from the fact that it contains highly potent anti-inflammatory chemicals, ginkgo biloba is also packed with seven antihistamines which make it an effective natural reliever to allergy symptoms. [14]

Also, ginkgo biloba contains ginkgolides which are scientifically proven to be effective in relieving asthma attacks, allergy and other lung problems. It actually relieves inflammation by eradicating free radicals. Furthermore, it allows better entry of oxygen into the lungs so sufferers are able to breathe easily and freely. [15]

Hailed as the medicine of kings or mushroom of immortality, reishi mushroom is a potent herb that offers astounding health benefits. For thousands of years, reishi has been used by ancient Japanese and Chinese cultures as medicine.

Researchers have finally found out what makes reishi mushroom effective in eliminating allergy symptoms. Reishi contains high amounts of lanostan compounds which act as natural antihistamines. [16] Lanostan in reishi helps in controlling the release of certain chemicals within the body thereby inhibiting the release of histamines also. [17]

NoteSome herbs are known to trigger allergies in some individuals. The most commonly allergenic herbs and spices include oregano, cinnamon, black and white pepper, mint, paprika and cumin. [9]