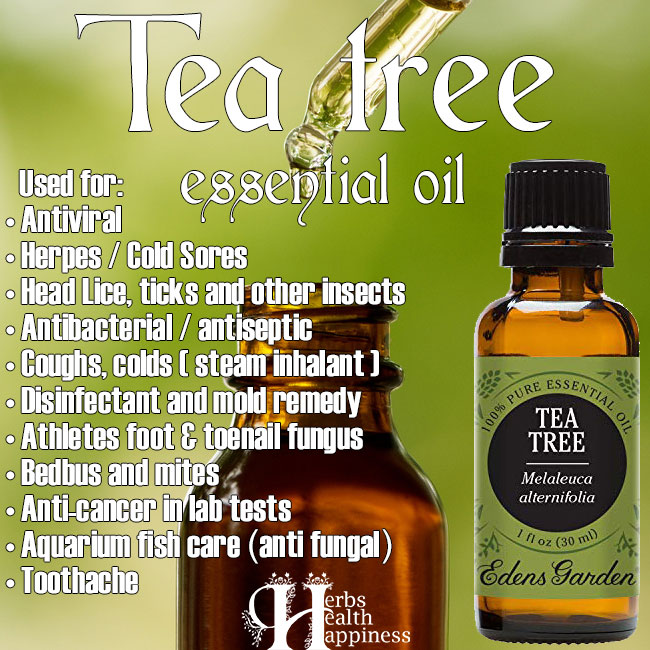 Not to be confused with the tea plant or bush (Camellia sinensis - from which the drink is made), the tea tree (Melaleuca alternifolia) is an entirely different species - and not to be taken internally! Tea tree is now a well known plant in the cosmetic and alternative medicine world due to its prized essential oil. The tea-tree, also known as melaleuca is a relative of the Myrtle and is native to Australia, where a number of these moderately sized trees or tall shrubs can be found, especially in the areas of Southeast Queensland.

Often thought of as an invasive species elsewhere in the world where it happens to grow, tea-tree usually grow near streams and is characterised by the profusion of tiny white flowers that stand in stark contrast to its verdant, yet somewhat 'malnourished' looking foliage, hence its being called 'snow-in-summer'. [1]

Prior to being harvested and processed primarily for its powerful essential oil (melaleuca oil / tea-tree oil), the early aboriginal tribes of Australia employed tea-tree leaves as a type of inhalant. The leaves which contain its essential oils were thrown into smouldering coals, and the ensuing steam inhaled as a remedy to treat coughs, colds, sore throats, and nasal congestion in much the same way camphor inhalants are employed; due to this 'cooling' effect, the tea leaves have also been at one time brewed as a mild, yet somewhat intoxicating cooling tea. [2] This practice may also have been used to deter insects and other pests prior to the introduction of modern insect repellants.

The melaleuca tree is more well-known for its essential oil which is extracted from its leaves through the process of distillation. Prior to the discovery of the oil's efficiency as a medicine in its own right, only the undistilled plant matter was employed, either as an inhalant, or as a topical wash to treat sundry skin diseases through the creation of a strong decoction of the leaves, which was then cooled and applied to the afflicted area. It was not until the middle of 1930s that the oil itself was discovered to be a powerful natural antiseptic and antimicrobial agent thanks to the research of one Arthur Penfold, who had previously published a series of papers showcasing melaleuca oil's distinct anti-microbial properties sometime in the early 1920s. [3]

Interest in the oil as an all-natural antiseptic rose to such heights that many inhabitants created their own rudimentary distilleries to cash-in on the demand during the height of the Second World War, where tea-tree oil was largely used as an antiseptic substance for the treatment of wounds and skin disorders brought about by infection, as well as an antimicrobial agent for use in sterile bandages, gauzes, and wrappings, among other things.

Despite a minor decline in the interest and production of the oil after World War II, the revival of interest in natural and alternative medicines in the early to mid-1980s coaxed a reemergence of tea-tree oil as among the most popular essential oils, with, at present, a very large market and following that prefer its use over synthetic antiseptics and antimicrobial agents. Today, tea-tree oil is mass-produced through the use of modern machinery which results in larger yields and more affordable products (though of course these oils, due to "standardization", may exhibit some differences from a less processed product produced on a smaller scale).

To this day, the primary use of tea-tree oil is still as a topical anti-fungal agent, although its integration into a wide assortment of products such as cosmetics is become more pronounced than during its inception. The most common uses for tea-tree oil is as a topical remedy for dandruff and eczema, which is why a number of shampoos, hair oils, gels, and even medicated lotions and creams contain extracts of tea-tree oil. [4]

Tea-tree oil can also be added to laundry to help freshen up clothes as well as remove lice and lice eggs. Cosmetically, tea-tree oil can be used topically to treat a wide variety of fungal infections, or to help alleviate the symptoms of psoriasis, dandruff, and eczema. On of its active compounds, Terpinen-4-ol is known to effectively eradicate Malassezia furfur, the fungus responsible for most cases of dandruff. A dilution of the essential oil in a cup of water may also be used in lieu of regular mouthwash to treat halitosis and prevent tooth-decay. [7] This has prompted a number of commercial oral hygiene companies to develop products containing tea-tree oil as part of their toothpaste and mouthwash line.

Despite the versatility of tea-tree oil, it should be noted that undiluted essential oils can cause contact dermatitis in certain individuals, so its usage must only be limited to a few drops of essential oil diluted in a base oil (such as coconut, olive, almond, or castor) to prevent potential adverse reactions. Diluted, tea-tree oil is also effective in treating and preventing the furtherance of acne breakouts due to its antiseptic properties. It is also an excellent alternative to synthetic feminine washes in the treatment of yeast infection and herpes simplex breakouts. [8]

Care should be taken when using tea-tree oil. It should not be taken internally: Accidental ingestion of tea-tree oil can prove to be extremely dangerous, resulting in nausea, vomiting, delirium, and coma. Pets may also be sensitive to pure (undiluted) essential oil, and tea tree should not be used on them. Accidental ingestion may prove fatal. Controlled usage of tea-tree oil, especially in conjunction with other antiseptic herbal remedies should also be practiced. In rare cases, gynaecomastia (male breast development) has even been reported. [9]

Tea tree as antimicrobial: A wide range of bacteria have shown susceptibility to tea tree essential oil at concentrations of 1.0% or less, although a minimum inhibitory concentration (MIC) of more than 2% had been reported for organisms such as commensal skin staphylococci and micrococci, Enterococcus faecalis, and Pseudomonas aeruginosa. [10] In the study of Hammer, Carson, and Riley (1996), who used a modified broth microdilution method, Staphylococcus aureus and majority of the Gram-negative bacteria tested were deemed very susceptible to tea tree essential oil; Serratia marcescens had the lowest MIC of 0.25%, whereas P. aeruginosa had the highest at 3%. [11]

Banes-Marshall, Cawley, and Phillips (2001) similarly had looked into the in vitro activity of tea tree essential oil against wild strains of microorganisms isolated from clinical specimens of leg ulcers and pressure sores. They demonstrated that S. aureus and Candida spp. are extremely susceptible to tea tree essential oil, with an MIC of 0.5% and 1%, respectively. [12] Tea tree essential oil ascribes its effectiveness and efficiency as a broad-spectrum antimicrobial agent to its ability to disrupt the permeability of bacterial cytoplasmic and yeast plasma membranes and, in the case of S. aureus and Escherichia coli, to cause the leakage of potassium ions. [13]

Tea tree as antifungal: True enough, tea tree essential oil is fundamentally celebrated for its well-evidenced antibacterial effect. However, it possesses other therapeutic properties too, most of which have become already the subject of many studies. Tea tree essential oil, for instance, has antifungal, antiviral, antiprotozoal, and anti-inflammatory activities. In the study of Nenoff, Haustein, and Brandt (1996), tea tree essential oil inhibited the growth of all clinical fungal isolates evaluated, including 26 strains of diverse dermatophyte species and 54 yeasts. [14] In addition to growth, tea tree essential oil had also been reported to inhibit the conversion of Candida albicans from the yeast form to the pathogenic mycelial form at a concentration of 0.16% (v/v). [15]

Tea tree as immunomodulator: Moreover, tea tree essential oil appears to affect also several immune responses in the body, and its constituents can suppress the production of inflammatory mediators, namely, tumor necrosis factor-α, interleukin-1β, and interleukin-10, by approximately 50%. A 30% inhibition of prostaglandin E2 production had also been documented to be disrupted by tea tree essential oil. [10]

Monoterpenes, sesquiterpenes, and their associated alcohols primarily compose tea tree essential oil, with terpinen-4-ol being the most important main constituent because of its powerful antimicrobial activity. Other tea tree essential oil compounds include 1,8-cineole, alpha-terpineol, and minor components such as sabinene, globulol, and viridiflorol. [10]

Names of Tea-tree, Past and Present