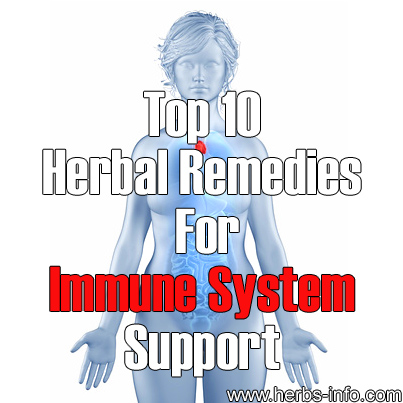 Aside from keeping common colds and flu away, the immune system is your body's first and best defense against potentially lethal diseases like H1N1 and even cancer. [1] It is comprised of a network of cells and organs working together to defend the body against infection and sickness by producing secretions and disease-fighting cells. It uses an advanced communications system to respond to immediate threats. [2] The complex efficiency of your immune system and how it works non-stop indeed signify its importance for your health.

If the immune system weakens and malfunctions, imagine the host of diseases that can invade your system. More often than not, medications like antibiotics are taken to fight bacteria-causing sickness. Drug intervention however is sometimes a double-edged sword; drugs used to boost immune system functioning can also be the culprits behind attacks on beneficial bacteria, further compromising your immune system. [2] There are some instances in which use antibiotics leads to antibiotic-resistant pathogens such as MRSA.

Here are ten herbs which may be helpful in supporting your immune system.

Although some studies argue against its effectiveness, many studies continue to find evidence of Echinacea aiding to prevent and treat colds, flu and upper respiratory tract infections. This member of the daisy family boosts immune functioning by increasing production of immune compounds known as interferon. [1] Research suggests white blood cells, spleen cells and core body temperature all increase when Echinacea is administered. Because of its phenolic compounds that produce these immune enhancing effects, Echinacea is used for other applications like skin and lower urinary tract infections which explains why Americans spend more than $300 million annually on this wonder herb. [3]

There is some evidence supporting astragalus as an assistant to the immune system by boosting production of immune cells along the bone marrow and lymphatic tissue. In particular, astragalus has been found to increase activities of natural killer cells that thwart cancer cells and macrophages or white blood cells that consume damaged cells. Likewise, it has been shown to produce immune compounds like immunoglobulin. In a 1997 experiment, Chinese scientists found that giving astragalus to elderly mice restored immune behaviors similar to those of a 10 week old mouse. [1] The saponins and flavonoids of astragalus are found to be responsible for its immune and digestive benefits. [2]

Hailed by researchers as a health and vitality tonic, the roots of ginseng are known to prevent upper respiratory tract infections. [1] A 2012 systematic review of 65 studies found that among the many disorders Panax Ginseng is said to improve, this herb exhibited the most promising evidence in aiding glucose metabolism and moderating the immune response. [4] Its active component, ginsenosides, has been proven to possess anti-inflammatory and anti-cancer characteristics. [2]

Several clinical trials have supported the use of garlic supplements in preventing and treating colds mainly because of its sulfur compound allicin which scientists believe to contain antimicrobial properties. This is the same active ingredient that gives garlic its unique odor and flavor. [1] More recent studies showed doctors reconfirming the cardiovascular, anti-microbial and antineoplastic benefits of garlic. [2]

Like ginseng, ginger has been shown to provide multiple health benefits, including inhibiting behaviors of inflammation causing genes. A study also finds that animals administered ginger extracts show significant reduction in cholesterol and blood clotting qualities. [2] In 2012, an investigative study revealed that ginger, when taken with turmeric, possessed immunostimulant properties by modulating the functions of immunosuppressed macrophages among male albino mice. This suggests that dietary intake of ginger and turmeric can defend against opportunistic infections. [5] Recent studies have also demonstrated anti-cancer potential for ginger.

Growing abundantly in South and Central America, Cat's claw is a wonderful herb that is claimed to have immense effects in boosting the body’s immune system. The roots and bark of this herb is said to contain oxindole alkaloids which trigger the Cat's claw’s immune boosting abilities. These alkaloids are said to be capable of enhancing the ability of the white blood cells to engulf and destroy pathogens. [6]

Together with thyme and sage, oregano is recognized as one of the most potent herbs that are capable of boosting the body’s immune system. In a placebo controlled study which aimed to determine the effects of oregano intake to the immune system of the body, it was found out that the herb has profound effects to the health. The study involved pigs and half of them were given oregano supplementation while the other half were not. Results showed that there has been a significant increase in the level of white blood cells in the milk produced by pigs that were supplemented with oregano. The increase in white blood cells suggests that oregano may play a role in enhancing the immune system of the body. [7]

Best recognized for its culinary benefits, turmeric is a potent herb that is known for its ability to keep sickness and illnesses at bay. Its curcumin compound stimulates the increase in size of proein cathelicidin anti-microbial peptide which plays a vital role in boosting the body’s immune system. [8]

Turmeric also works by enhancing cell health which results to improved behavior of the membranes. This makes the cells more resistant against infections and diseases. Furthermore, the antioxidant content of curcumin protects the DNA cell against radical damages and improves the immune system of the body. [9]

Bell peppers are considered as excellent immune system boosters. In addition to its Vitamins A and C offerings, bell peppers are known to be capable of increasing body’s energy. Furthermore, when taken regularly, it helps breast cancer, cataract, prostate cancer and macular degeneration. [10]

In addition to Vitamins A and C, bell peppers are also good sources of Vitamins E and B6 which are also beneficial in boosting the body’s immune system. Vitamin B6 plays a vital role in the production of antibodies and cytokines. These immune system proteins can detect harmful substances present in the body and when they do, they immediately alert the immune system to fight against it. [11]

Clove is known to be a good reservoir of nutrients like manganese, dietary fiber, Vitamin, calcium, magnesium, and omega 3 fatty acids which are considered as essential in boosting the body’s immune system. Cloves also contain germicidal and antiseptic properties that help the body fights against infections. Furthermore, cloves and the oils derive from it works by fighting off virus and purifying the blood. [12]

Note - this website is not medical advice and these statements have not been evaluated by the FDA. See "small print" at foot of page for full disclaimer.