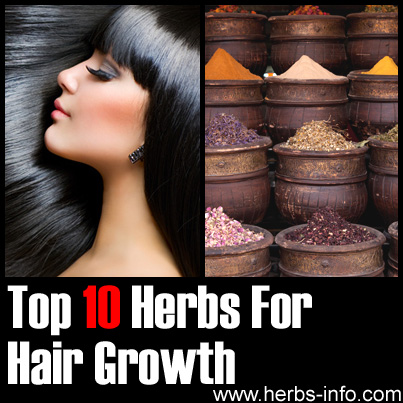 Baldness, thinning hair, receding hairline - whatever you want to call it, hair loss is a concern many experience particularly during mid to late adulthood. Even though males are usually prone to hair loss, females are not exempted from this condition too, especially with the advent of treatments such as hair dyeing, curling and straightening that expose hair to harsh chemicals and other conditions that can potentially cause long term damage. [1]

Other factors mentioned by the American Academy of Dermatology include improper hair care like poor diet; health disorders like anaemia and thyroid conditions; treatments like chemotherapy and certain medications; and innate conditions like alopecia and menopause. [1]

Your hair is not just a part of your head or body but has become a symbol of beauty, health and status, making it aptly called your 'crowning glory'. Even though certain uncontrollable factors like genetics, or conditions like pregnancy or an illness can cause hair loss, that doesn't mean you cannot do something about it.

So rather than spending much on harsh mixed chemicals or turning to drastic solutions like expensive hair transplants or drug therapies to stimulate hair growth, why not give herbal remedies a try for a more natural, cheaper, gentler and safer approach? Many shampoo and conditioner ads promote hair growth by infusing essential vitamins, oils and herbs in them. You may be able to go directly to the source by identifying and using these herbs. Here is our "top 10" based on both tradition and modern research:

When directly applied on the hair, aloe vera promotes hair growth by stimulating blood circulation along the scalp. [2] Massage aloe vera on your scalp and this also restores the hair's PH balance [3] and opens up your scalp's blocked pores that will allow growth of hair follicles. For optimum results, mix with coconut milk. [4]

Called such because of its long brush-like features, horsetail's potent ingredient is silica which is responsible for strengthening bones, nails and hair. It restores brittle hair to keep it from breaking or thinning thereby preventing further hair loss. [5] Because of its hair loss remedy properties, horsetail is often found in many conditioning products to fortify and repair hair. [3]

Hair growth is just one of the medicinal values of this popular ancient Chinese herb. Applied as a tonic or shampoo, ginseng is often used to address male baldness [6] by nourishing and strengthening the hair. [7]

Another ancient remedy which is thought to cure balding by preventing the conversion of testosterone into DHT. DHT is responsible for receding hairline in both men and women. It is often recommended to be used together with Stinging Nettle (see below) which serves the same function. [4]

Like aloe vera, ginko biloba is said to increase blood flow to the brain to correct any nutritional deficiencies to hair follicles. As a result, this has likewise become a popular herbal remedy for hair re-growth. [7]

Abundantly found in North America, stinging nettle is a potent plant known for its hair growing benefits. Its reported mechanism of action is by preventing the conversion of testosterone hormones into dihydrotestosterone (DHT). According to studies, excessive production of DHT normally triggers hair loss.

This herb definitely has its benefits to people suffering from hair loss. Burdock actually promotes healthy hair by improving the circulation of blood to the hair follicle and in relieving scalp irritations. Burdock contains high levels of essential fatty acids and phytosterol compounds that are known to be effective reversing and reducing hair thinning. Phytosterol is actually one of the most potent ingredients of many hair restoration products in the market today. [9]

When massaged into the scalp, peppermint oil also makes an excellent hair grower. It promotes hair growth by stimulating the growth of hair follicles. [10] When applied as oil, peppermint offers cooling and soothing effects to the scalp which is good as this helps in promoting hair growth. It is also capable of binding the hair roots as well as in encouraging better circulation to the scalp. According to studies, enhanced circulation significantly affects the process of hair growing. [11]

Originating from the Mediterranean, lavender has been widely used by herbal practitioners in encouraging hair growth and in preventing baldness. Lavender is known to contain anti-bacterial agents that help in healing and soothing skin infections as well as in relieving dandruff. [12]

When used regularly, lavender is capable of preventing hair loss as well as in ensuring significant re-growth of hair. It oil also offers calming and relaxing effects thereby preventing the occurrence of stress, insomnia and depression which are widely considered as common causes of alopecia or hair loss. For better results, mix 10 drops of rosemary oil, 4 oz jojoba oil, 5 drops basil oil and 10 drops of lavender oil. Apply the mixture regularly.

For centuries, rosemary has been widely used as a solution to hair loss, hair thinning balding or receding hairline. It actually works by stimulating the circulation in the scalp thereby resulting to hair growth. This works best when added to olive oil and applied as oil. [14]

Regular application of rosemary oil even helps in preventing premature graying as well as in treating dry and flaky scalp. Furthermore, rosemary works by strengthening and nourishing the hair follicles starting from the shaft. [15]