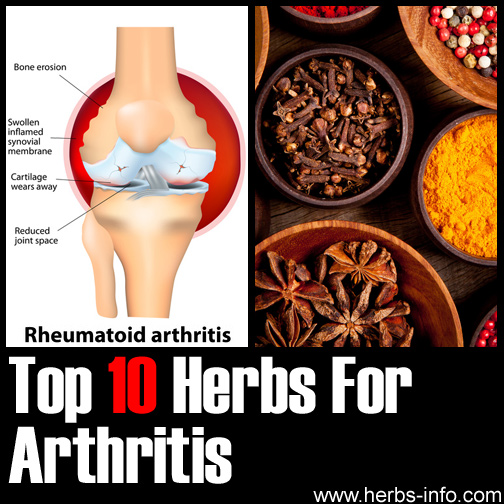 Pain, stiffness, swelling, loss of joint function - just the many symptoms experienced by someone who has arthritis. A chronic, autoimmune inflammatory disorder, arthritis not just place sufferers under severe pain, they are also more at risk for cardiovascular disease and lymphoma. [1]

Yet, overall effectiveness of most drugs often fall short of expectations. Other therapeutic alternatives are also often costly and come with side effects - especially with the kind of long term use that may be sought by arthritis sufferers. Consequently, botanical based medications have become popular with studies and books claiming their effectiveness and safety for over a thousand years. [1] Leigh Callahan, a PhD associate professor of medicine and orthopaedics at Thurston Arthritis Research Center said, "herbal use is (definitely) increasing". [4] One study has shown that even Chinese herbal components do have therapeutic impact on arthritis. A lot of these have been shown to prevent arthritic progression in lab tests [5] - however as is so often the case with herbalism, more research is required before these herbs can be stated to be "proven".

Here's a closer look at 10 common herbal remedies for arthritis:

Licorice is found to act like cortisone but without the latter's common side effects. [6] Repeated scientific evidence shows the phytochemicals contained in this herb have anti-inflammatory and anti-arthritic characteristics. [1] Licorice has also been demonstrated to inhibit enzyme production responsible for inflammation causing arthritis. [7]

Arthritis is consistently mentioned in researches as among the many diseases that are due to harmful free radicals resulting from metabolic processes. In this light, green tea has been found to work in synergy with other herbs to promote anti-oxidant activities. These herbs include grape seed or ginkgo biloba. Because green tea works best when complemented with other low doses of herbs, researchers suggest this also prevents any potential side effects arising from high doses of a single herb. [8]

Ahis spice present in curry contains a powerful anti-inflammatory ingredient, curcumin which as 2 long term studies have shown, can improve arthritic conditions, making it an effective pain reliever. [3] Another experiment conducted among rats demonstrated how curcumin can inhibit specific molecular activities linked to onset of arthritis along the joints. [2] Moreover, unlike most medications which can be threats to liver functioning, curcumin has been found to be actually helpful for the liver. [6]

Initial research indicates concentrated willow extract is effective in reducing pain and inflammation for osteo-arthritic relief. [3] Willow bark tea is dubbed as the "original herbal aspirin" [6] - and this is not surprising when we discover that acetylsalicylic acid (aspirin) was originally discovered and made from an extract of willow bark. In this instance however, aspirin may be more beneficial as there are some less-desirable substances in willow bark. However, aspirin should only be used daily under doctor recommendation as prolonged use can cause internal bleeding. [9]

One study which supplied participants 250 mg of ginger extract taken 4 times a day showed considerable reduction in knee pain and inflammation only after 3 months of continued use. [3] In a separate study, 18 people with osteoarthritis and 28 people with rheumatoid arthritis were give 3-7 grams of ginger daily. Results show that over 75% of the subjects experienced relief from pain and swelling with none reporting any side effects even after 2 years of usage. [6] Ginger can be taken as a tea or applied as a compress.

For decades, nettle has been one of the most potent herbal home treatments for arthritis. Until today, it is still used to treat anemia , gout, eczema, enlarged prostate, urinary tract infections, hay fever, strains, sprains, insect bites, tendonitis, joint pain, painful muscles and of course, arthritis.

Some studies claimed that topical application of nettle leaf onto the painful area significantly helps in reducing the intensity of pain experienced by the sufferer. According to research, this herb has fine hairs that release irritating chemicals once they come in contact with the skin. Normally, the hair is painful to touch but it actually reduces the pain when it reaches the skin. Scientists believe that nettles actually reduce the amount of inflammatory substances in the body, and interfere in the transmission of pain signals. [10]

Originally used as a laxative, modern researchers have found better uses for flaxseeds. This herb contains powerful compounds and nutrients that help combat arthritis and its symptoms. Flaxseeds are actually rich in alpha-linolenic acid (ALA), a type of Omega-3 fatty acid that is useful in treating arthritis and other inflammatory diseases. [12]

Fifty-seven percent of flaxseed's Omega 3 fatty acid content is actually ALA. Alpha-linolenic acids are then converted into EPA and DHA which forms resolvin, a kind of anti-inflammatory fat. [13]One study revealed that consumption of flaxseeds for four weeks significantly reduced the production level of anti-inflammatory compounds. [14]

Flaxseeds are also effective in dealing with arthritic inflammation. Its Omega-3 fatty acid content actually helps in stimulating the body to produce adequate level of prostaglandin, hormones which are considered as gatekeepers for anti-inflammatory responses.

Commonly used as food, dandelion also makes an excellent herb for arthritis. Fortified with nutrients like potassium, iron, and Vitamins B, C, D and A, dandelion also contains anti-inflammatory properties that make it effective in dealing arthritic pain. [15]

Dandelion is believed to be effective in dealing with symptoms of arthritis, rheumatism and other chronic joint pain conditions. Researchers believe that this herb is capable of flushing toxins that causes the joints and muscles to inflame. Also, it plays a vital role in reducing the level of uric acid in the body which results to reduced pain and stiffness in the joints, and increased joint mobility. [16]

This herb is known for its capsaicin content which is scientifically proven to be effective in inhibiting pain transmission and inflammation. Capsaicin in cayenne is actually a highly potent pain reliever. Cayenne also helps in reducing pain associated with osteoarthritis. [17] This herb is also proven to be effective in easing some symptoms of arthritis like loss of joint function, stiffness, swelling, pain, and inflammation. [18]

Cayenne actually reduces the concentration of a substance which the nerve cells use for the transmission of pain signals. Cayenne is also proven to be rich in salicylate compounds which make it an excellent in delivering analgesic effects c. [19]

Abundantly found in South Africa, Devil's Claw has long been used by traditional societies in treating a number of arthritic symptoms. Uncaria guianensis, a species of Devil's Claw helps people with osteoarthritis by relieving knee pain when active. On the other hand, its other species, U. tomentosa is known to be effective at reducing the symptoms of rheumatoid arthritis. [20]

Extensive scientific studies breaking down the triggers behind arthritis and in-depth analyses of the components of herbal treatments have clearly shown that specific herbs can indeed address factors causing inflammation and arthritis. Because of this and the limited or absence of side effects of most herbal medicinal products, many such researches have recommended to conduct further studies on the mechanisms behind these herbs in promoting new pharmaceutical solutions for arthritis. [2]

[5] Traditional Chinese medicine in the treatment of rheumatoid arthritis: a general review. http://www.ncbi.nlm.nih.gov/pubmed/20204371

[8] Synergistic antioxidant activity of green tea with some herbs. http://www.ncbi.nlm.nih.gov/pubmed/22171315 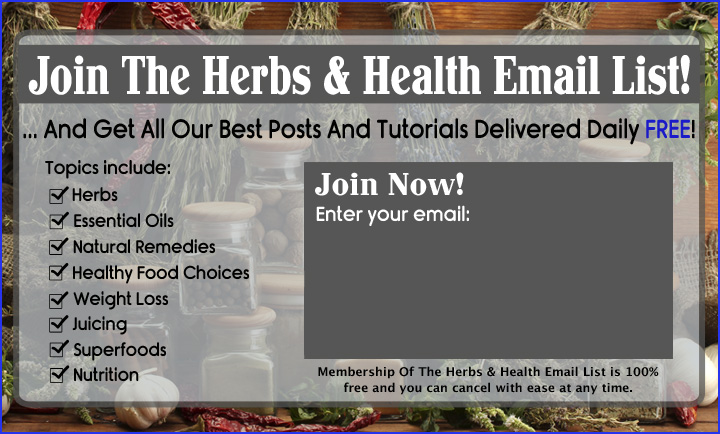 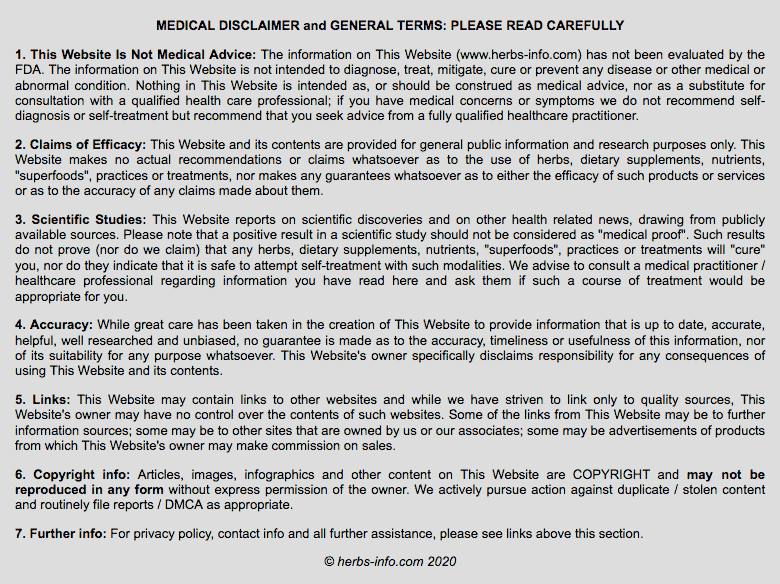