Grindelia is a genus belonging to Asteraceae or the sunflower family. Commonly referred to as gumweed, these flowering plants are indigenous mostly to the sunny, well-drained coastal areas and plains of the United States, Mexico, and North America. According to the 1998 French Pharmacopoeia, the gumweed herb can refer to the dried flowering tops and leaves of Grindelia robusta, Grindelia squarrosa, Grindelia humilis, Grindelia camporum, or a combination of these. [1] 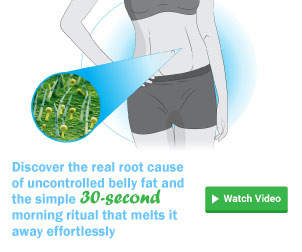 Plants belonging to the Grindelia genus are erect biennial or perennial herbs that can grow up to a meter in height. Their rigid and brittle leaves are usually pale green or rose brown in coloration, with some having a serrated margin. Their flowers are clustered in yellow disc florets with bristly, loose pappus hairs and portions of flat, circular, pale green receptacles. The pithy, smooth stems are faintly longitudinally striated and very pale green. [1]

The Native Americans used Grindelia plants as remedy for bronchial-related conditions and skin disorders; for a long time, they have been especially employed in lotion form as treatment to allergic reactions or dermatitis due to the poison ivy plant. It was only in mid-19th century when the medicinal importance of Grindelia plants was acknowledged by orthodox medical practitioners in the United States. From 1882 to about 1926, these herbs had been officially recognized in the Pharmacopoeia of the United States. Grindelia had also been prescribed in combination with other herbal products for asthmatic conditions, including lobelias and pill-bearing spurge (Euphorbia hirta). Such combination was asserted to effectively deal with asthma. In Germany, the use of gumweed was approved by the Commission E as a medicinal herb for catarrhs of the upper respiratory tract. [1]

Grindelia robusta is a coastal bush with some medicinal uses. It can be applied externally as a compress over inflamed skin surface or consumed internally to slow down the heartbeat, to minimize the stimulation of nerve endings located along the air passages, which causes coughing, and to calm these air passages during asthmatic attacks. [2] The leaves and flowering tops of the plant are said to exert anti-inflammatory, antispasmodic, balsamic, demulcent, expectorant, and sedative properties. [3][4] According to Grieve in her A Modern Herbal, the plant can also be used as a vascular tonic and blood purifier. [4]

A 2010 study demonstrated the ability of Grindelia robusta extract to reduce the accumulation of lipopolysaccharide-induced inflammatory mediators and matrix metalloproteinases and hence its anti-inflammatory property. Being rich in saponins and polyphenols, Grindelia robusta extract has been found to dose-dependently hinder the secretion of interleukin-6 (IL-6), RANTES, and monocyte chemoattractant protein-1 (MCP-1) at a non-cytotoxic concentrations, as well as secretion of matrix metalloproteinases 1, 3, 7, 8, 9, and 13. The secretion of inflammatory mediators prostaglandin E2 (PGE2) and tumor necrosis factor-alpha (TNF-α) had also been inhibited, but only to a lesser extent. Such reduction of lipopolysaccharide-induced secretion by Grindelia robusta extract was related to a decline in nuclear factor-kappa B (NF-kB) p65 activation. [7]

The methanol extract of Grindelia robusta was also evaluated by Verma et al. (2010) for its anti-inflammatory activity. It was noted that the extract inhibited the production of nitric oxide by up to 4.5-fold in the J774 murine macrophage cells without causing cytotoxicity, remarkably inhibited interleukin-1 beta (IL-1B) and interleukin-12 (IL-12) secretions by 50%, and, based on results from Western blot analysis, also significantly decreased the protein levels of inducible NO synthase (iNOS) and cyclooxygenase-2 (COX-2), which are both involved in the development of some inflammatory diseases. Culture supernatants from cells treated with Grindelia robusta extract had a 3–5-fold decrease in TNF-α. Moreover, it has also been shown that Grindelia robusta extract averted the lipopolysaccharide-mediated nuclear translocation of nuclear factor-kappaB (NF-κB). [8]

The anti-inflammatory activity of Grindelia robusta has been largely attributed to its flavonoid content. Known methylated exudate flavonols had been identified in the plant. Krenn et al. (2009) tested the activity of many substances of the flavonoid complex of Grindelia robusta, in particular quercetin-3-methylether and 6-OH-kaempferol-3,6-dimethylether, for their ability to inhibit neutrophil elastase. Quercetin-3-methylether was noted to be most active, with an IC50 value of 19 µM. [9]

Ethanol extracts and resin and polyphenolic fractions of Grindelia in the study of Blaschek et al. (2006) and Pinkas et al. (1978) had been shown to inhibit the growth of a number of bacterial strains, such as Staphylococcus aureus and Bacillus subtilis. [1]

A case of successful treatment of dermatitis due to poison oak using Grindelia spp. (gumweed) had been presented in a 2005 study published in the Journal of Alternative and Complementary Medicine. This case afforded some insight into the potential efficacy of Grindelia spp. as a medicinal herb for relieving mild to moderate poison ivy dermatitis. [10]

Grindelia has been employed as a traditional treatment without concerns for safety for more than 30 years, but published evidence regarding its indications and contraindications is still limited. There is also no data available about its pharmacodynamics and pharmacokinetics, and information on its safety and toxicity from clinical trials is insufficient. Side effects listed in literature include gastric mucosa irritation in sensitive individuals, diarrhea, and kidney and/or stomach irritation at high doses. [1]