Cacao is the plant, and subsequently the dried seeds or beans of the cacao plant. It is among the most popular products of the modern age, and is consumed as both a foodstuff and a beverage. Cacao-based foodstuffs are of course better known by their English moniker 'chocolate' - a key ingredient in many products, usually snacks and desserts.

The popularity of chocolate is so great and has so surpassed that of the unprocessed cacao bean that many people are unaware that cacao in unprocessed, natural form is also considered to some extent a natural medicine.

Cacao has a long and coloured history that dates back to the time of the early Mesoamericans who prized the seeds derived from the cacao plant and utilized them as a sacred ceremonial food, beverage, medicine and even as a type of currency.

The cacao plant is a decidedly small tree, almost resembling a shrub that is replete with long, broad leaves and tiny clusters of pale pink, white, or very pale lilac-hued flowers. The cacao beans are housed in pods resembling elongated gourds that are filled with a pink to slightly reddish flesh which not only cradles the beans, but actually coats them. This flesh is sweet and edible when ripe, and is typically eaten prior to the subsequent sorting and drying of the beans themselves. [1]

The processing of cacao beans have changed only very slightly since it had first been employed by the early Mesoamericans. To this day, the pods are still split open, and the seeds extracted, washed, and dried. The only significant change to the whole process involves roasting, which effectively darkens the seeds and releases many of its active compounds, as well as significantly improve its flavour. While the original method of preparing cacao beans as a beverage yielded a drink that would be considered unpalatable for modern tastes, innovations in the field of chocolate-making have yielded a wide array of different preparation methods that render cacao (next to coffee and tea) among the most well-loved drinks and foodstuffs available today. [2]

While cacao was a relatively unknown drink in the ancient past, popularization during the early 1600's – 1700's in various European territories has led to it becoming it a universal food and drink that is consumed in all parts of the world, in various methods and preparations.

While processed chocolate (milk chocolate / white chocolate / sweetened chocolate / Dutch chocolate, and its ilk) is now generally considered solely as a treat for the taste buds, raw chocolate derived from cacao beans (called nibs), as well as the subsequent product produced from it sans any additives (dark chocolate) has long been considered a health food. In early Mesoamerica, cacao was not only ground up and consumed regularly as an invigorating beverage, but was also slathered onto skin to help treat minor skin problems and allay infection. [3] 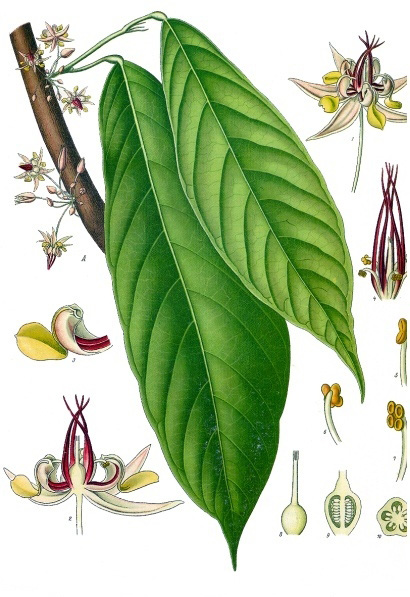 In Traditional Chinese Medicine and Indo-Chinese herbalism, cacao seeds, when roasted, powdered, and dissolved in water, were said to be a warming and nourishing drink that was excellent for treating fevers (analgesic), bodily weakness, and for reconstituting one's health after a prolonged illness. Recent studies into the health benefits of raw cacao have yielded amazing results in the claimed benefits of the drink / food which include anticancer, anti-aging, antioxidant, and anti-microbial properties. [4] Cacao nibs, eaten raw, or drunk in its un-prepared form is also said to help lower high blood pressure, alleviate depression, combat stress, and boost the body's immune system. [4] Consuming cacao on a regular basis may even help to promote weight loss, as it effectively increases the body's metabolic rate (just like green tea). Raw cacao and dark chocolate have also been suggested to act as an aphrodisiac that helps to increase both male and female libido. Perhaps this is part of the reason that chocolate is so widely considered to be one of the quintessential "lovers' gifts".

When used medicinally, individuals usually prefer consuming raw cacao seeds or nibs, or otherwise consuming moderate amounts of (often) unsweetened dark chocolate. In the Philippines, where cacao was once a precious cash crop during the time of the Spanish colonization of the country, the raw roasted beans were ground into a powder and shaped into medium-sized thick discs called 'tablea', which were then diluted in hot or boiling water and copiously sweetened with raw sugar, jaggery, or honey. It was a favourite drink among the elite and, later on, the middle class for its equally calming yet invigorating after-effects. Consuming dark chocolate or raw cacao on a regular basis may be beneficial to one's health, and, unlike coffee (and its active compound caffeine), cacao (and its active compound theobromine) does not result in jittery side-effects when consumed in larger amounts. [5]

The beans of the cacao are used for more than just food and drinks, as fatty substances derived from the seeds are often made into moisturizing and soothing skin-care products. This substance, called cacao butter, is considered an excellent emollient and anti-aging compound that is perfect for all skin types. [5] Typically used as a base for medicated salves or balms, it can also be used to make scented candles, lotions, and even pomades.

Recent research findings indicate that cocoa from cacao (Theobroma cacao) has a positive influence on blood pressure, insulin resistance, and vascular and platelet function and exerts both antioxidant and anti-inflammatory effects. [1] In a recent 2012 study wherein fat, alkaloid, and polyphenol contents of two clones of cocoa (UIT1 and PBC 140) were removed and the remaining powder was autolyzed at pH 3.5 and 5.2, results showed that all cocoa autolysates significantly decreased the blood glucose of streptozotocin-diabetic rats used in this study within 4 hours, suggesting the hypoglycemic effect of cocoa obtained from cacao. [2]

The cocoa powder derived from the extract of Theobroma cacao seeds is high in oxygen radical absorbance capacity (ORAC) and is deemed a concentrated source of flavanols by a 2011 American study wherein cocoa powder and products were compared to the powders and juices obtained from other “super fruits.” [3] It is noteworthy to mention that a diet high in oxygen radical absorbance capacity, and hence in antioxidants, has been associated by various studies to lower stroke risk in women. [4]

The flavanols in cocoa and chocolate derived from cacao render a wide array of medically beneficial physiologic and antioxidant effects to the body. Cocoa flavanols have been linked to the treatment of vascular impairment, including dementia and strokes, by increasing the cerebral blood flow to the gray matter. [5] Flavanols also reduce coronary events by inducing vasodilation via the activation of the nitric oxide system. [6] 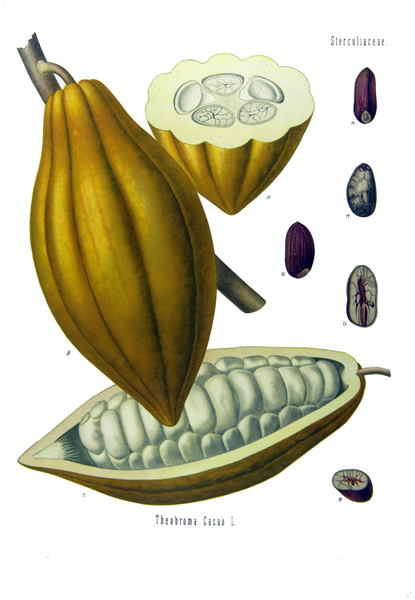 A good battery of human dietary intervention trials have revealed cocoa flavanols’ valuable vascular effects, implicating that a regular consumption of cocoa from cacao may decrease one’s risk of developing cardiovascular diseases (CVD). [7] Moreover, an improvement in cognitive function among the elderly with mild cognitive impairment has also been associated with the regular consumption of cocoa flavanols. [8] Flavanols are involved in the production of proinflammatory cytokines, in the synthesis of eicosanoids (i.e., the lipid mediators of inflammation), and in the activation of platelets as well. [9]

A good amount of flavonoids such as catechins, epicatechins, and procyanidins can also be derived from cocoa, biocompounds that work against oxidative stress and chronic inflammation – and by extension cancer and other chronic diseases. [10] Overall, these flavonoids inhibit certain enzymes, upregulate antioxidant defenses, and are generally antioxidative in nature. The cardiovascular effects that result from cacao or cocoa consumption are mediated through the anti-inflammatory effects of cocoa polyphenols and are modulated through the activity of NF-B. [11]

Epicatechin and catechin in cocoa have been determined by research to have some inhibitory action against apoptosis induced by amyloid beta protein. When PC12 cells were treated with the toxic peptide (Abeta(25)(-)(35)) in a 2005 study, epicatechin, catechin, and their mixture protected the cellular membrane from Abeta-induced cytotoxicity and prevented neuronal cell death. This means that cacao and cocoa have not only chemopreventive effects but also anti-neurotoxicity activities, making cocoa from cacao a very good therapeutic regimen to delay or prevent neurodegeneration. [13]

Names of Cacao, Past and Present